Jewish Community Targeted In String Of Attacks In 2019 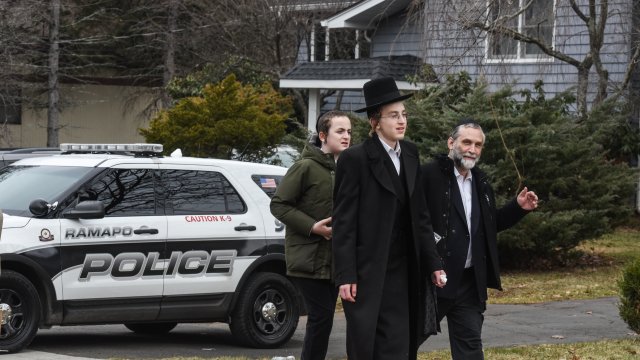 A string of anti-Semitic incidents in New York have sparked outrage across the country, including a stabbing inside a rabbi's home that left five people injured during a Hanukkah celebration.

The Jewish community has faced a number of attacks in recent months — both in New York and around the world.

The Anti-Defamation League keeps track of anti-Semitic acts committed globally. Some of the more serious incidents reported in 2019 include vandalism, physical and verbal harassment and deadly attacks.

Shootings at synagogues in California in April and eastern Germany in October left multiple people dead or wounded.

In December, six people were killed in a series of shootings in New Jersey that ended at a kosher grocery store.

In other incidents around the world in 2019, anti-Semitic graffiti was found painted on synagogues, shops and even graves. Jewish men, women and children were verbally harassed, and some were beaten in public. Thieves stole and damaged items belonging to Jewish families.

And acts like these are only becoming more common. The ADL says hate crimes against Jews have been on the rise since 2013. While 2018 saw about 100 fewer hate crimes than 2017, the number was still up 48% overall since 2016.