Jewels Fit For A Queen Are Going Up For Auction 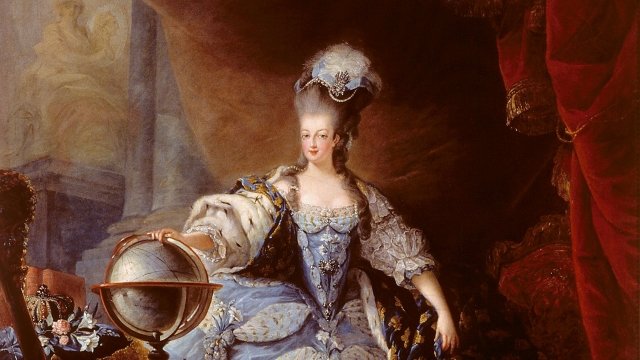 SMS
Jewels Fit For A Queen Are Going Up For Auction

By Katherine Biek
November 14, 2018
Some of the pieces being auctioned off by Sotheby's Wednesday were once owned by France's Queen Marie Antoinette.
SHOW TRANSCRIPT

Jewels once worn by Marie Antoinette — one of the most famous queens of France — are going up for auction.

One hundred jewelry pieces are being auctioned off by Sotheby's on Wednesday in Geneva, including Marie Antoinette's pearl and diamond pendant, a three-strand pearl necklace and matching earrings.

Sotheby's is calling it "one of the most important royal jewelery collections ever to come to auction" — at least partly because some of the pieces haven't been seen by the public in two centuries.

Marie Antoinette managed to smuggle her jewelry to family in Austria before she, King Louis XVI and their children unsuccessfully attempted to flee France during the French Revolution. She and her husband were ultimately executed in 1793.

Their only surviving child retrieved the jewels several years later and they've remained in the custody of the Bourbon-Parma family for generations. Sotheby's says the family is related by blood not only to the French royals, but to dynasties in Spain and Austria as well.

Auctioneers estimate Marie Antoinette's pendant will sell for between $1 million and $2 million, while a monogrammed ring that includes a lock of her hair could go for as much as $50,000.