Jerusalem Honors Trump For Moving The US Embassy To The City 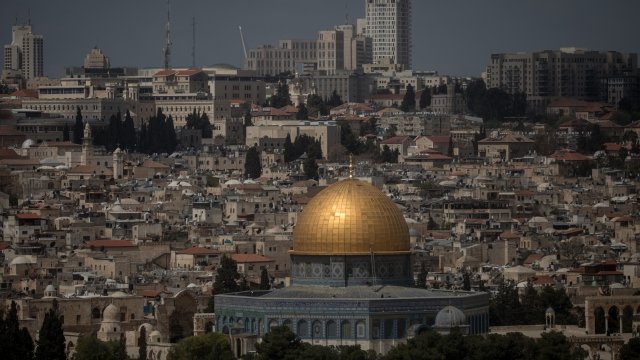 SMS
Jerusalem Honors Trump For Moving The US Embassy To The City
By Katherine Biek
By Katherine Biek
May 8, 2018
The city's mayor announced it will name a square near the new U.S. embassy after President Donald Trump.
SHOW TRANSCRIPT

Jerusalem plans to honor President Donald Trump by naming a city square near the new U.S. embassy after him.

The city's mayor announced the news Tuesday on social media.

In December, Trump decided to recognize Jerusalem as Israel's capital and to move the U.S. embassy from Tel Aviv to Jerusalem.

Both Israel and Palestinians claim Jerusalem as their capital, which is why many countries have kept their embassies in Tel Aviv.

The new U.S. embassy in Jerusalem is scheduled to open May 14. Trump wont' be there, but some representatives of his administration are expected to attend the ceremony, including presidential advisers Ivanka Trump and Jared Kushner.