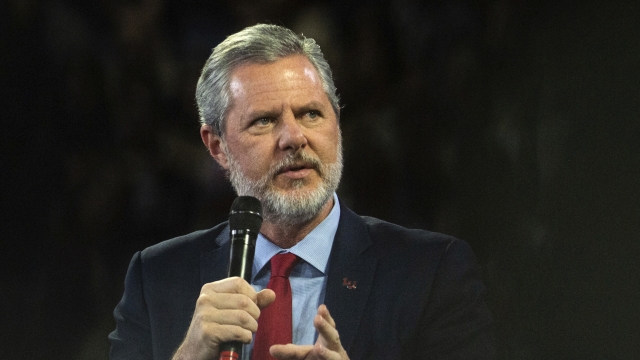 SMS
Falwell Officially Resigns From University Over Personal Scandals
By Bailey Vogt
By Bailey Vogt
August 26, 2020
Once the president of a prominent Christian university — a provocative photo and a reported sexual relationship have led to Falwell's ousting.
SHOW TRANSCRIPT

Jerry Falwell Jr. is officially out at Liberty University — announcing his resignation as president Tuesday.

It began with a provocative photo where Falwell posed with a woman who was not his wife with his pants unzipped. He then agreed to take an "indefinite leave of absence" from the evangelical Christian university.

Then a Florida man said he had a years-long affair with Falwell's wife when he was 20-years-old and that Falwell would sometimes watch. Falwell acknowledged the affair but denied being involved.

Falwell took over the university from his late-father in 2007.

He originally said Monday reports that university leaders were confirming his resignation were "completely false." However, he confirmed it the next day, saying he was leaving because he didn't "want something my wife did to harm the school I've spent my whole life building."