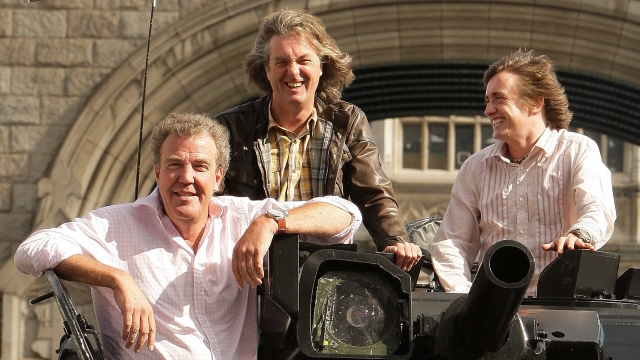 This time last year, Jeremy Clarkson was surrounded by scandal before and after being dismissed from the BBC and his show "Top Gear."

On Wednesday, Clarkson and Amazon Video announced the name of the former BBC presenter's new show.

Clarkson, along with former "Top Gear" hosts Richard Hammond and James May, will host "The Grand Tour" — and the setup is a little different from the trio's last gig.

"Top Gear" is focused on cars — sometimes, really fast cars. Created in 1977, it earned an entry in Guinness Book of World Records for being the "world's most widely-watched factual TV programme."

"The Grand Tour," on the other hand, will be ... well, we don't know what it'll be. But Clarkson tweeted the show's hosts will set up a tent and present from different locations each week.

The show will premiere this fall on Amazon Video.