Jennifer Lawrence Was So Excited To Sleep, She Hurt Herself 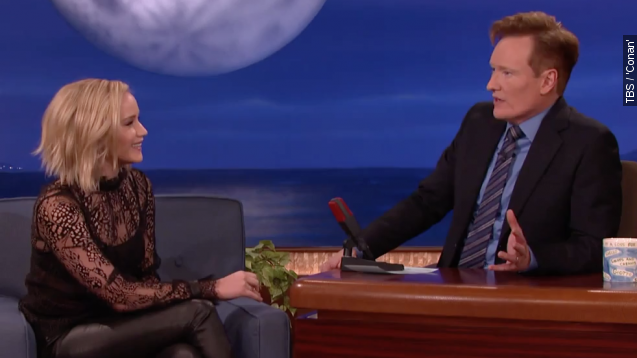 Jennifer Lawrence really loves sleep. Some might even say too much.

She told Conan O'Brien on his show, when you're on a world press tour promoting a major film, there isn't much time for sleep. So she was pretty psyched when she actually got a chance to catch some zzz's. (Video via Lionsgate)

"We were so turned around. We were in a new country. The best night of sleep on the whole tour I got was on the plane and it was about 12 hours, and I actually dislocated my toe," Jennifer Lawrence said on "Conan."

Yeah, apparently "The Hunger Games" star managed to knock her own toe out of place during her celebration. Probably would have been better to just, well, go to bed, huh, Jen?

But at least the movie she lost so much sleep for is almost here for the world to see. "The Hunger Games: Mockingjay - Part 2" hits theaters Friday.