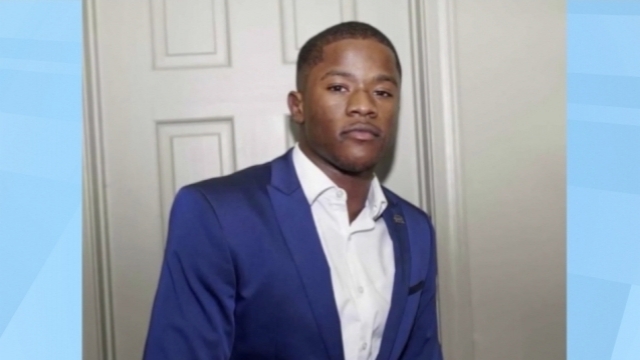 It's been six months since 25-year-old college student Jelani Day went missing in Central Illinois, but a new bill making its way through that state's legislature is focused on the first 72 hours after his body was found.

It would require any coroner or medical examiner in the state to notify the FBI if a dead body in their custody remains unidentified after 72 hours.

"I think it will make a big difference if the FBI was involved within the first 72 hours," said Carmen Bolden Day, Jelani's mother.

Carmen has been pushing for federal law enforcement to take a bigger role in this case from the beginning.

"The FBI coming in and using their resources, using what they have available to them," she said. "I mean, they have the manpower to find out things that, you know, that the local police, maybe don't even have the knowledge to do."

Illinois Senator Elgie Sims wrote the bill. He says, there's a "lack of urgency and coverage" when family members of color go missing.

"This is not an indictment, it is about making sure that the tools are available for everyone," said Sen. Sims, (D) Il. "It's about us utilizing all the resources at our disposal, not looking at one individual case, but looking at all of the cases."

Jelani was last seen Aug. 24, 2021 in Bloomington, IL where he attended Illinois State University. Two days later, Jelani's car was discovered, abandoned more than an hour away in Peru, IL.

It was a full nine days before investigators discovered an unidentified body in the Illinois River and nearly three weeks before they could confirm the body was Jelani's.

"I think that time could have been better spent ever retrieving footage from cameras, retrieving evidence, you know, looking at things that they didn't look at until 30 days later," Carmen said.

Carmen recently met with local authorities in a closed-door meeting. While Carmen couldn't discuss all the details, she says the meeting left her with many of the same questions she's had for months.

But Carmen says even with no solid leads or answers, she knows many families who are even worse off.

"I've had mothers contact me and say, 'I don't know what to do. I'm not as vocal as you Carmen, how did you get this person to help you? How did you do this?'" Carmen said. "I will do anything to give them whatever I have, because I know what it feels like to not know."

Sen. Sims echoes that sentiment and says this is a nationwide problem.