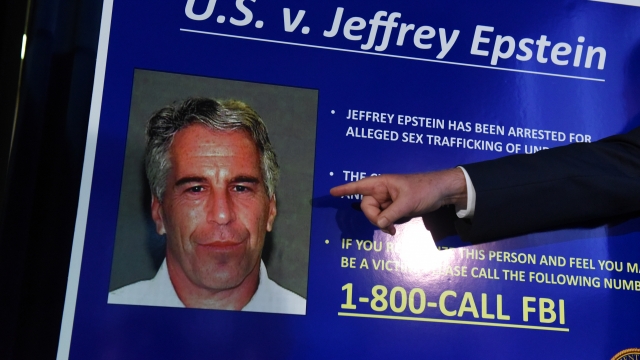 SMS
Jeffrey Epstein Willing To Post $100 Million Bail
By Ahmed Jawadi
By Ahmed Jawadi
July 15, 2019
​Epstein’s lawyer told a judge during a bail hearing that his client was "ready to sign" for bail no matter the cost.
SHOW TRANSCRIPT

Jeffrey Epstein's lawyer said his client is willing to pay up to $100 million to remain out of prison pending trial.

His lawyer told a judge during a bail hearing Monday that Epstein was "ready to sign" for bail no matter the cost. Last week, Epstein's lawyers proposed a bail package that would let the multimillionaire await trial while under house arrest at his Manhattan home. The judge said he plans on deciding whether or not to let him go on Thursday.

Epstein was arrested earlier this month and charged with sex trafficking of minors, as well as conspiracy to commit sex trafficking of minors. Federal prosecutors, as well as two of Epstein's accusers, urged the judge to deny him bail. Prosecutors argued that due to Epstein's wealth and influence, he might try to flee the country or tamper with the investigation if he's out on bail.

Last week, Labor Secretary Alexander Acosta resigned amid controversy over a plea deal he'd struck with Epstein more than a decade ago when he was serving as the U.S. Attorney for the Southern District of Florida.