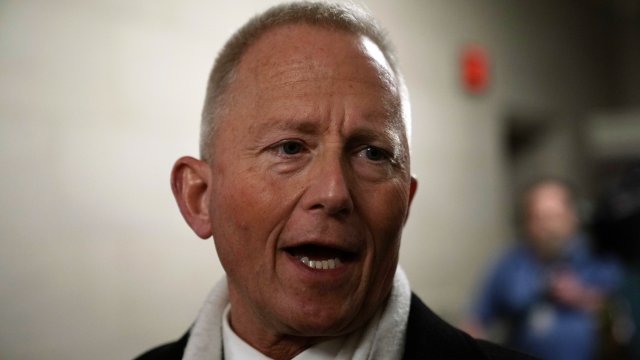 Multiple people working for Rep. Jeff Van Drew of New Jersey are stepping down as the Democratic congressman gets ready to switch political parties.

Five aides announced their resignation in a letter obtained by several media outlets Sunday. It read, in part: "Sadly, Congressman Van Drew's decision to join the ranks of the Republican party led by Donald Trump does not align with the values we brought to this job when we joined his office."

According to CNN, a sixth Van Drew staffer also resigned on Sunday evening.

The resignations came not long after reports surfaced that Van Drew was telling colleagues he plans to switch parties. He strongly opposes House Democrats' efforts to impeach President Donald Trump, and he has reportedly been struggling in New Jersey politics.

The resigning staffers and Van Drew's chief of staff didn't immediately respond to requests for comment.