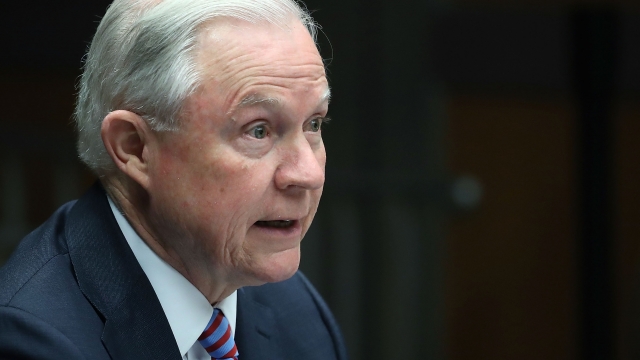 SMS
Sessions Wants To Be Tough On Crime, Starting With MS-13
By Jake Jones
By Jake Jones
April 18, 2017
Meeting with representatives of several law enforcement agencies, Attorney General Jeff Sessions laid out the need to take down MS-13 and other gangs.
SHOW TRANSCRIPT

Attorney General Jeff Sessions has painted himself as tough on crime, specifically drug use and illegal immigration. Now, he's going after a criminal organization involved in both.

They're known as MS-13, an El Salvadoran gang that the U.S. Department of Justice says has more than 10,000 members active in at least 40 states and Washington, D.C.

In a meeting with representatives of law enforcement and government agencies, Sessions claimed gangs like MS-13 are one of the biggest threats facing the U.S.

He goes on to blame "an open border and years of lax immigration enforcement" for the gang's rise and says sanctuary cities make gang recruitment easier. 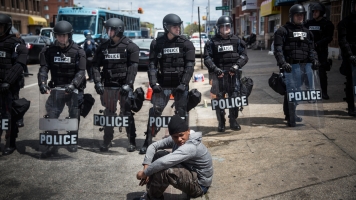 That pairs with the attorney general's call for more "proactive policing."

In an op-ed for USA Today, Sessions connected a decrease in arrest rates in cities like Chicago and Baltimore with more violent crime.

Sessions also wrote that the DOJ would no longer sign consent decrees, which act as an agreement between the federal government and police departments to improve tactics and trust with the community. Sessions tried to delay the Baltimore Police Department's overhaul following a public outcry over the death of Freddie Grey.

President Donald Trump echoed Sessions' commitment to a more aggressive crime fighting approach, going a step further to blame the Obama administration by name for the rise of MS-13.