Yates And Sessions Agree: The Law Comes Before The President 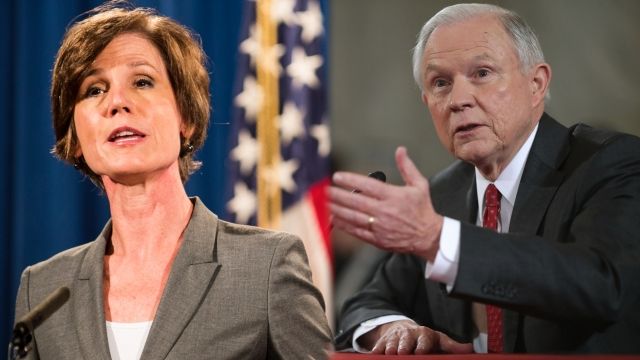 SMS
Yates And Sessions Agree: The Law Comes Before The President
By Jake Jones
By Jake Jones
January 31, 2017
Before Sen. Jeff Sessions was President Trump's attorney general pick, he questioned Sally Yates' dedication to the law and urged her to uphold it.
SHOW TRANSCRIPT

"Senator, I believe that the attorney general or the deputy attorney general has an obligation to follow the law and the Constitution and to give their independent legal advice to the president," Yates said.

At the time, Sessions was concerned about then-President Barack Obama's use of executive power.

"You have to watch out, because people will be asking you to do things that you just need to say no about," Sessions told Yates. 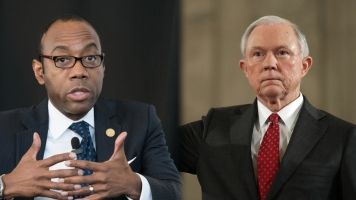 Yates recently did say no to a president. She defied Trump's executive order on immigration, saying it wasn't legal. She was replaced by Dana Boente, who instructed federal lawyers to "defend the lawful orders of our president."

Sessions faced a similar question in his own hearing. Like Yates, he also pledged loyalty to the law over the president.

Sessions told the Senate committee,   ... they do understand, I think, that if a president wants to accomplish a goal that he or she believes in deeply, then you should help them do it in a lawful way, but make clear and object if it's an unlawful action. ... But ultimately, you are bound by the laws of the country."