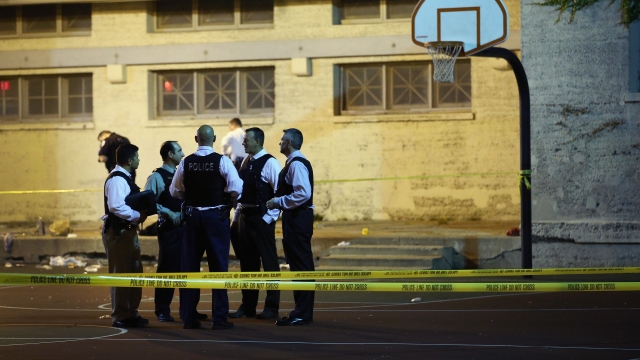 Sessions pointed to President Donald Trump's executive order on curbing violent crime as the call for the program. The Task Force on Crime Reduction and Public Safety, which was set up in response to the order, designed the program.

In a memo released Thursday, Sessions urged prosecutors to "pursue the most serious, readily provable offense."

The National Public Safety Partnership — or PSP for short — is meant to help local law enforcement deal with gun violence, gangs and drug trafficking, according to its website. Details are vague right now, but the program seems to focus on training and technical assistance, as well as federal oversight, to make sure local jurisdictions are equipped with what they need to address violent crime.

What we do know is that PSP is built off of an Obama-era program: the Violence Reduction Network, or VRN. That program was a cooperative, data-driven, "hands-on" approach with the goal of addressing violent crime.

Sessions announced 12 cities were selected for the program.

The Department of Justice plans to add more cities to the program later this year.