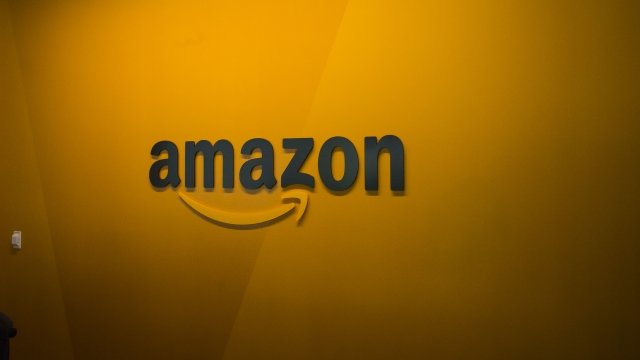 SMS
The President Is Hitting Amazon With Some Claims That Are Flat Wrong
By James Packard
By James Packard
March 29, 2018
President Donald Trump's tweet about Amazon is full of false claims, and it follows reports the president is ready to go after the company.
SHOW TRANSCRIPT

President Donald Trump went after Amazon on Twitter Thursday, claiming the corporate behemoth pays little or no taxes to state and local governments, shuts down thousands of retailers and causes the U.S. Postal Service to lose money.

His online barrage came the morning after a report by Axios said he was ready to "go after Amazon." The outlet said the president is obsessed with the company and wants to change the way Amazon is treated under tax law. Beyond that, his tweet is full of inaccuracies or misleading claims.

First of all, Amazon does pay taxes. Its rate is often lower than other huge corporations, but it paid $412 million for the 2016 tax year, according to the Securities and Exchange Commission. The "no taxes" thing is a claim Trump has made before, and it was wrong then, too.

And as far as Amazon costing the USPS money? The Postal Service loses tons of money every year, even without Amazon. And Vox notes most of that loss isn't because of shipping packages, in fact that part of the business is profitable. The USPS loses money, at least in part, because of its financial obligation to employees.

It's not clear what the president hopes to get out of his offensive against Amazon, but Amazon is run at the behest of Jeff Bezos, who also owns The Washington Post, a favorite media target for the president.