Jeb Bush's Fall Shows Just How Wrong The Pundits Were 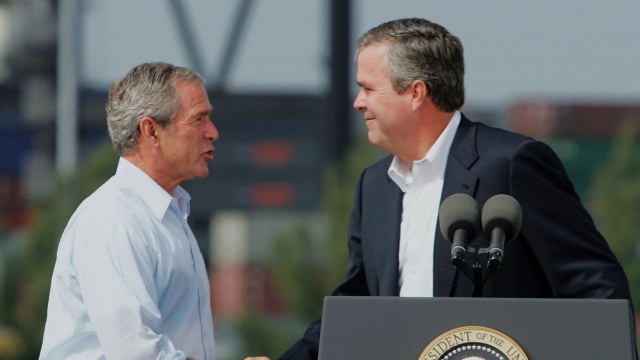 Neither political dynasty nor big money could save Jeb Bush's presidential campaign.

Slow and steady did not win the race for Jeb.

"So, I am suspending my campaign," Bush said Saturday.

This is the ultimate, final proof we needed to show that two things everyone thought would matter in this race really didn't matter all that much. 1) Political dynasties. Jeb Bush got Mitt Romney's big money network. He got his brother on the campaign trail and all of his great jokes. None of that mattered. 2) Big money, in general, which of course does still matter to some extent — just not as much as people thought it would. Just compare Jeb Bush's fundraising with Donald Trump's. At the start, Bush truly had a shock-and-awe fundraising strategy. He raised more than $100 million right off the bat by the fall of 2015.

But it only takes one quick look at Bush and Trump's fundraising and comparing that with their polling to see what the impact of big money in this race has been.

The kind of sad thing here is that Jeb Bush probably has done more to hurt Trump by dropping out than he ever did as a candidate. Marco Rubio, for instance, gets almost twice as many Jeb supporters as Trump will get, at least if we can believe the polling showing us who the second choice would be for Jeb supporters.