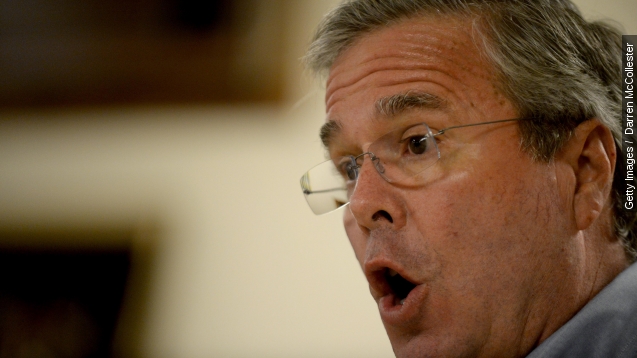 SMS
Jeb Bush Has A New Strategy: Chest Bumping
By Melissa Prax
By Melissa Prax
November 12, 2015
Jeb Bush chest bumped a stranger during an event Wednesday, and it was kind of awkward.
SHOW TRANSCRIPT

Jeb Bush is one of the Republican presidential candidates. But he's also kind of awkward.

Once a front-runner, he's now sandwiched between second-tier GOP candidates. He has a plan, though, to make himself more personable.

And it involves chest bumping. He offered it to anyone else who might want to try.

"Anytime you want to try a chest bump, I'm all in," Jeb Bush said.

"Here's the set up and then the bump itself," Willie Geist said on NBC.