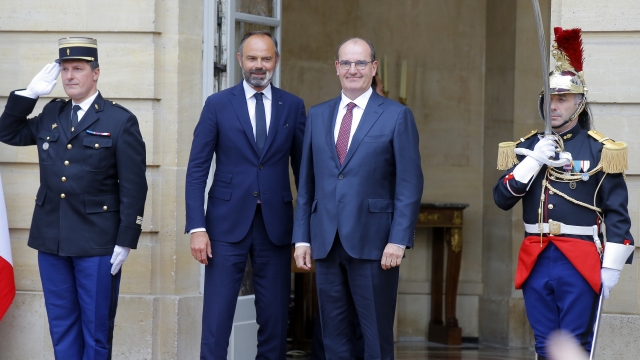 SMS
France Has A New Prime Minister In Planned Reshuffle
By Katie Cammarata
By Katie Cammarata
July 3, 2020
French officials said the prime minister and president agreed it was time to shift the focus of the government as the country recovers from COVID-19.
SHOW TRANSCRIPT

France has a new prime minister after Édouard Philippe resigned Friday as part of a planned government reshuffle. He had been prime minister since 2017.

French officials said Philippe and President Emmanuel Macron agreed it was time to shift the focus of the government as the country recovers from the coronavirus pandemic. Macron told local newspapers in an interview Thursday that he wants to take France down a "new path" for the last two years of his term.

It's not uncommon for French presidents to replace their prime ministers. It's seen as a way to shift the tone of the administration.

Macron named Jean Castex to fill the position and asked him to form a new government. Castex has been a public servant throughout his career, working with multiple governments. He coordinated France's coronavirus reopening strategy.