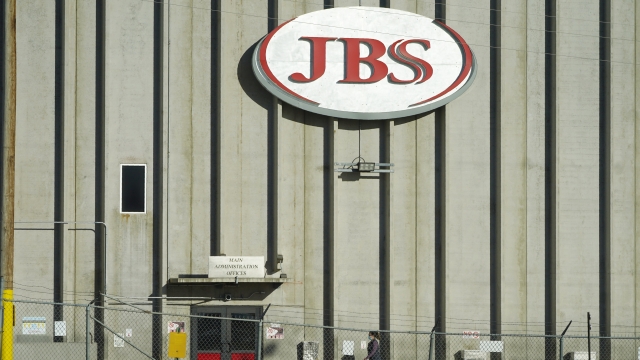 SMS
Meat Supplier JBS Confirms Payment of $11 Million Ransom To Hackers
By Simon Kaufman
By Simon Kaufman
June 10, 2021
The company's CEO defended its decision, saying it was necessary to prevent any risks to customers.
SHOW TRANSCRIPT

The world's largest beef supplier says it paid hackers an $11 million ransom. JBS says it paid the ransom to keep its files safe.

The hack forced the meat supplier to pause production at plants in the U.S. and Australia.

The company said most of its facilities were up and running at the time of payment.

Its CEO defended the decision, saying it was necessary to prevent any risks to customers.

Earlier this week, the head of Colonial Pipeline also defended his company's decision to pay more than $4 million in ransom after it was the victim of a cyberattack.

He's proposing more than a billion dollars for cybersecurity in the Justice Department's budget.