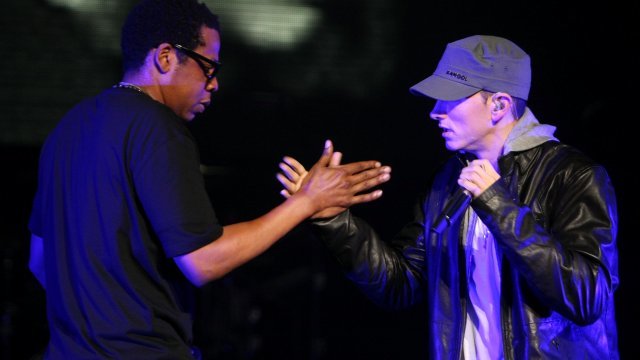 Jay-Z and Eminem say The Weinstein Company owes them about $800,000 combined.

Eminem claims it owes him more than $350,000 for several songs he wrote for the movie "Southpaw."

And Jay-Z says the company owes him close to $500,000 for film projects in which he served as an executive producer.

A judge approved the sale of the bankrupt company on Tuesday for $310 million.

The rappers objected to the sale. But now that it's gone through, it isn't clear if they'll actually receive any of the money they claim they're owed.