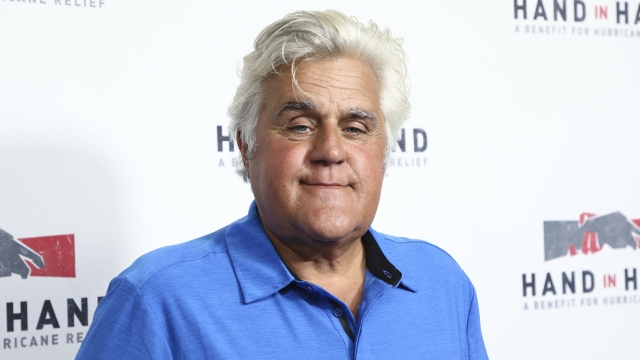 The former "Tonight Show" host is known for his famed car collection, which is housed at a garage in Burbank, north of Los Angeles.

Jay Leno suffered "serious burns" but said Monday that he was doing OK, according to reports.

"I got some serious burns from a gasoline fire," Leno said in a statement to The Associated Press. "I am OK. Just need a week or two to get back on my feet."

The cause and time of the fire wasn't immediately clear. The former "Tonight Show" host is known for his famed car collection, which is housed at a garage in Burbank, north of Los Angeles.

Leno, 72, had been set to appear at a financial conference in Las Vegas on Sunday but canceled because of a "serious medical emergency," People magazine reported earlier Monday, citing an email sent to those attending the conference.

The comedian took over NBC's "Tonight" when longtime host Johnny Carson retired in 1992. Leno was succeeded by Conan O'Brien in 2009, but NBC got cold feet when the show's ratings dropped and brought Leno back as host in 2010. He remained in the job until Jimmy Fallon took over in 2014.

Leno turned his love of cars into a CNBC series, "Jay Leno's Garage," and now hosts a revival of the game show "You Bet Your Life."