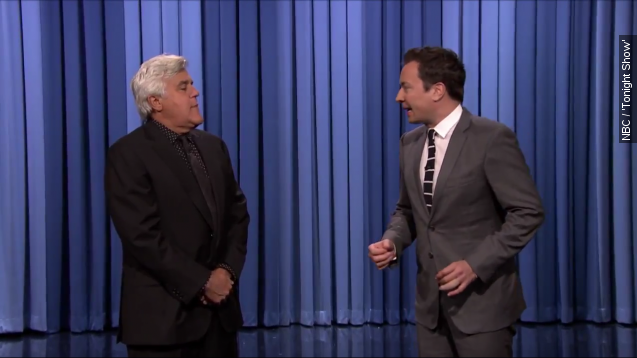 Jimmy Fallon needed some help during Tuesday night's "Tonight Show" after he, in his words, pulled a "hammy" in the middle of his monologue.

But luckily, someone very special was on standby to fill in for him.

"I think I'm gonna have to sub out, can someone tag in for me, please? Thanks, buddy, I appreciate it," Fallon said.

"Thank you very much!" said Jay Leno as he walked out on stage.

That's right, the one and only Jay Leno returned to the "Tonight Show" to sub for Jimmy.

And he seemed thrilled to be back.

"The election's getting nasty," Jay began.

Even though Jimmy got, um, "injured," we're glad Jay was able to get back up on that stage.