Jared Kushner Tries Getting Israel, Palestine To The Negotiating Table 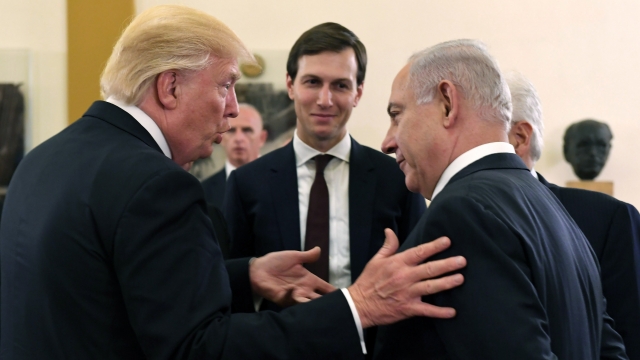 Senior White House adviser Jared Kushner touched down in Jerusalem on Wednesday to try to re-engage peace talks between Israel and Palestine.

President Donald Trump has called it the "deal of the century" and said if Kushner couldn't produce a peace deal, nobody could.

But the timing of Kushner's visit isn't ideal: On Friday, an Israeli border police officer was stabbed to death by a Palestinian attacker. Kushner's first stop was to meet with the grieving family and deliver the president's condolences.

"This is an opportunity to pursue our common goals of security, prosperity and peace," Netanyahu said. "Jared, I welcome you here in that spirit. I know of your efforts, the president’s efforts, and I look forward to working with you to achieve these common goals."

Kushner replied: "Thank you. The president sends his best regards, and it's an honor to be here with you."

The two have met before. Kushner's father donated to Israeli causes and even invited Netanyahu to his home in New Jersey when Jared was in high school. He even slept in Kushner's bedroom for the evening.

Netanyahu tweeted the day before about construction of a new West Bank settlement — the first in 25 years. The U.S. has long considered Jewish settlements on the Palestinian-claimed land a barrier to peace, but the Trump administration has wavered on that precedent.

David Friedman, a pro-settlement lawyer Trump appointed as ambassador to Israel, joined Kushner in Jerusalem. Before taking office, Trump called on the Obama administration to veto a United Nations resolution condemning the settlements.

But in February, Trump reportedly condemned plans for new settlements. White House press secretary Sean Spicer said in a statement that the administration didn't have an official position on settlements; it believed they were "not helpful" in achieving peace but weren't an "impediment to peace."

And a day before Kushner's arrival, a State Department spokesperson said the president's position was that settlements don't help the peace process. 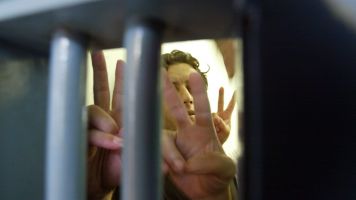 Kushner also visited Ramallah, the de facto capital of the Palestinian National Authority. There, he met with President Mahmoud Abbas, who's increasingly unpopular among Palestinians.

Abbas wants a two-state solution, which would give Palestine its own territory, including the settlement area in the West Bank.