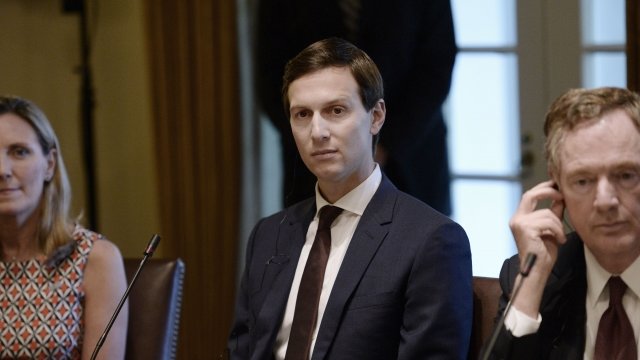 White House senior adviser Jared Kushner has finally been granted permanent security clearance, according to The New York Times. That means Kushner once again has access to the nation's most sensitive information.

The president's son-in-law had his temporary clearance revoked in February as the White House changed its security procedures. Given the fact special counsel Robert Mueller's team was also looking into Kushner's meetings with Russians, there was some uncertainty around his role in the White House.

Kushner also reportedly met with special counsel investigators for about seven hours in mid-April. The Washington Post reports the counsel questioned him on a variety of topics, including the president's decision to fire then-FBI Director James Comey.

Kushner's background check took more than a year. But his lawyer told The New York Times that's normal and that Kushner has fully cooperated with the special counsel's investigation.