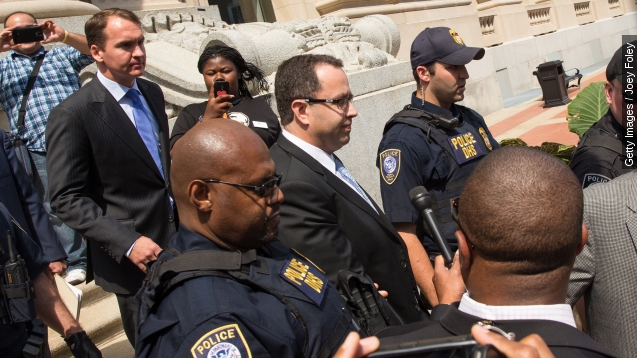 Former Subway spokesman Jared Fogle was sentenced to 15-and-two-thirds years in prison Thursday. He will also have to register as a sex offender.

Fogle pleaded guilty to conspiracy to receive child pornography and traveling across state lines to have sex with a minor, both of which are federal felonies. (Video via WRTV)

Fogle will be able to appeal the sentence. (Video via WLS-TV)