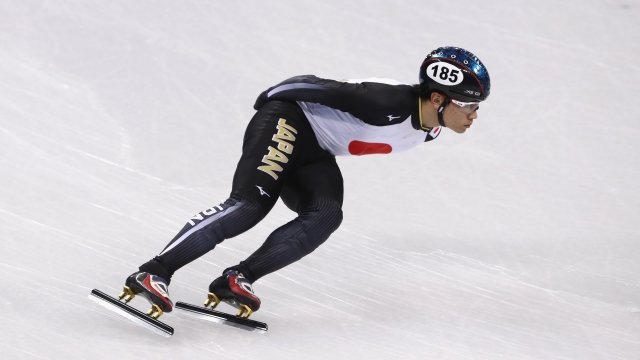 Japanese short track speedskater Kei Saito is the first Olympic athlete to be suspended from the Winter Games in South Korea after failing an out-of-competition doping test.

The Court of Arbitration for Sport announced Tuesday Saito tested positive for a masking agent. The World Anti-Doping Agency bans the use of the specific substance because it can be used by athletes to cover up banned performance-enhancing drugs.

Saito, who's been provisionally suspended, agreed to leave the Olympic Village. Besides being banned from Pyeongchang, he's also not allowed to compete in any International Skating Union competitions.

In a statement to news outlets, Saito said he didn't intentionally take the banned substance.

Saito hadn't competed yet, but was part of Japan's men's 5,000-meter relay team.