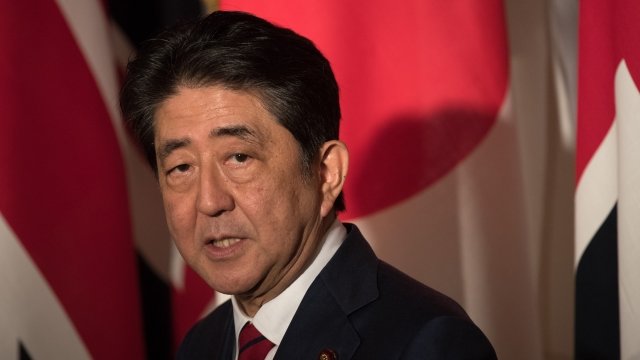 By Katie Cammarata
September 20, 2018
Abe won the election with about 70 percent of the total vote.
SHOW TRANSCRIPT

His ruling Liberal Democratic Party held its presidential elections on Thursday. Abe won with about 70 percent of the total vote, so he'll continue to serve as the party's president for another three years.

That sets the stage for him to stay in his seat as prime minister for up to three years.

Abe was first elected as PM in December 2012.

One of his goals while in office is to revise the pacifist clause in the country's U.S.-drafted 1947 constitution. Outlets note changes to the document might not be met with open arms.

That, Japan's increasing national debt, the continual threat of natural disasters from climate change and the 2020 Olympics in Tokyo all remain challenges for Abe during his term.