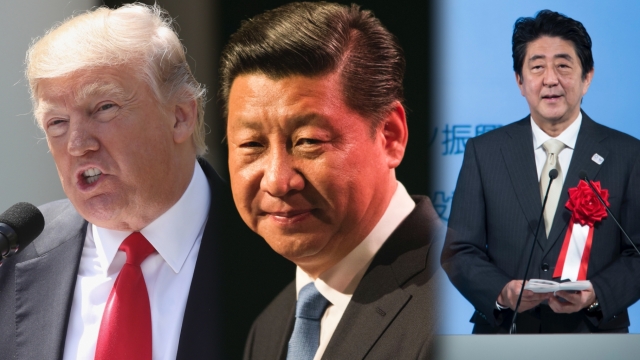 SMS
How World Leaders Are Responding To North Korean Aggression
By Jake Jones
By Jake Jones
April 29, 2017
Leaders from countries within striking distance of North Korea are calling for de-escalation and a return to diplomacy.
SHOW TRANSCRIPT

The pressure is on for Japan, China, South Korea and the U.S. to find a way to de-escalate tensions with North Korea.

The isolated nation has tested at least nine missiles since President Donald Trump took office. Since 2006, the North has done five nuclear tests, and experts expect the sixth could happen any day.

Japanese Prime Minister Shinzo Abe recently visited London and Moscow to discuss the Kim regime and alternatives to a military confrontation. Abe said he and Russian President Vladimir Putin are pushing for negotiations with North Korea, which usually go through its main ally, China.

Trump tweeted about the North's latest missile test, saying it "disrespected the wishes of China and it's highly respected president." 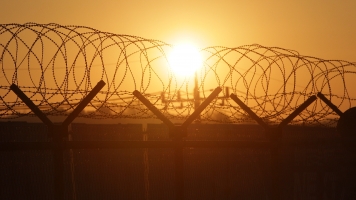 South Korea Is Quadrupling Its Reward For Some North Defectors

Partially as a show of force, the U.S. has been participating in drills with South Korea and Japan in waters around the Korean Peninsula.

North Korea has an army of over a million people, but experts say the country's military equipment and weaponry is outdated.