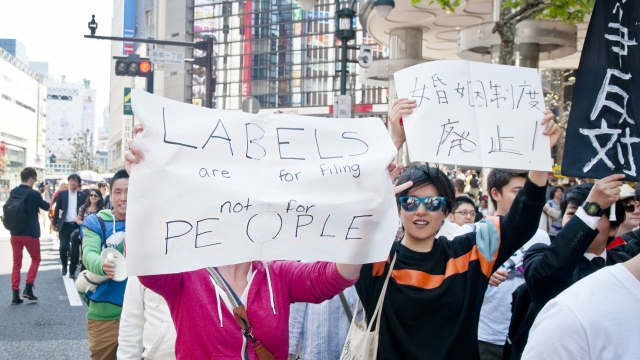 SMS
Japan's Supreme Court Upholds Gender Change Law
By Nnamdi Egwuonwu
By Nnamdi Egwuonwu
January 26, 2019
A law in Japan requires that anyone who wants to change their gender on official documents has to have their original reproductive organs removed.
SHOW TRANSCRIPT

Japan's Supreme Court has upheld a controversial law that requires people to essentially be sterilized before changing their gender on official documents.

A 2004 law in Japan requires that anyone who wants to change their gender on official documents has to have their original reproductive organs removed. They also have to have the physical attributes of the gender they want to register as.

A transgender man took the case to the Japanese high court, claiming the law violated his right to self-determination and is unconstitutional.

But Japan's Supreme Court unanimously decided that the country has the right to enforce the law because it's meant to reduce confusion in society. The court did recognize, though, that the law restricts freedom.

Forced sterilization is still an issue in other countries as well. The AP reports that in 2017, the European Court of Human Rights ordered 22 countries to stop enforcing similar sterilization requirements, though an international LGBTQ rights group says it’s unclear if every country did so.