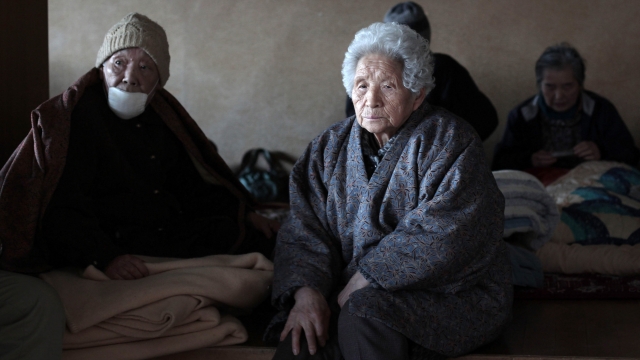 A major demographic dilemma is threatening to hit all parts of Japanese society: the country's rapidly rising age.

Right now, 1 in 4 Japanese are over the age of 65, and that proportion is expected to keep rising. Basically, fewer and fewer Japanese are "working age," while more are entering retirement age.

The drag that this demographic shift will have on the country's economic growth and social security are pretty clear. But the aging population is affecting many aspects of Japanese life.

Japan's agriculture sector, hit with the double whammy of an aging workforce and a low birthrate, might be one of the most affected areas when it comes to "graying."

Nearly two-thirds of the country's commercial farmers are 65 or older, and a 2009 government survey found that at least half of farmers over 65 don't have a younger successor.

But Japanese farmers have begun to take matters into their own hands to fight back against the demographic and economic pressure. The rise of local co-ops that are more market-oriented and profitable are attracting younger farmers.

Japan's lack of young people also has major implications for secondary education. By 2018, Japan will hit an all-time low for college-bound 18 year olds, and it'll just keep shrinking after that.

That spells bad news in a country where the vast majority of its population is already seeking higher education. Many of the almost 800 higher-ed schools grappling with decreasing enrollment will see the bottom drop out on their money.

The dean of global studies at Tama University told Ozy: "We're anticipating some schools will no longer be in operation at all."

Then there's the issue of care for the elderly. The government provides social security and a public pension system for retired workers.

SEE MORE: Japan Has So Many Centenarians, It Can't Give Them All Gifts

But those programs are using up a lot of money. In the 2012 fiscal year, social security spending was 22.8 percent of Japan's gross domestic product; that's about $924 billion.

Those programs often are not enough, and there's a shortage of nurses in Japan to help look after the elderly. And young people aren't always able to care for their elders.

Of course, Japan is trying to figure a way out of this crisis.

Japanese Prime Minister Shinzo Abe has laid out a road map — popularly known as Abenomics — aimed at fixing the Japanese economy and alleviating the demographic crisis.

There's been talk of loosening Japan's strict immigration policy to allow 200,000 immigrants per year. That would represent a major shift in the historically insular and not very ethnically diverse country.