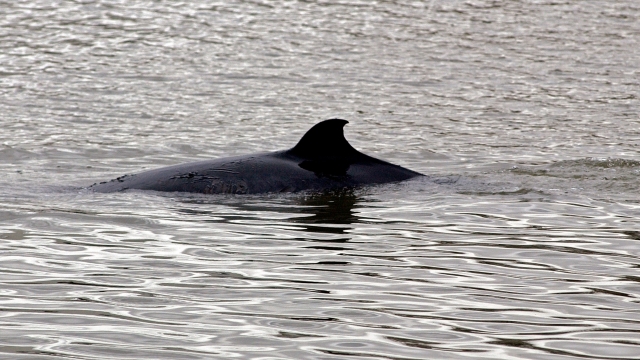 Last year, the country announced that it was pulling out of the International Whaling Commission, or IWC. The group suspended commercial whaling back in 1986 after the practice drove many whale species to the brink of extinction. Under that suspension, countries could still kill whales, but only if it served a scientific purpose.

Japan argues that whaling is part of its culture dating back to the 12th century. The meat was once a main source of protein in the country, though reports from 2015 show fewer people were eating it.

While Japan stopped commercial whaling in 1988, it still hunted whales for scientific purposes, selling that meat to fund scientific research — which is allowed under IWC rules. Critics said the program was a cover for illegal poaching.

Japanese outlets report the whaling ships that set sail Monday will hunt for minke, sei and Bryde's whales. Sei and Bryde's whales are listed as endangered by the National Oceanic and Atmospheric Administration, though minke are not. The Japanese Fisheries Agency set a quota of 227 whales to prevent overfishing.