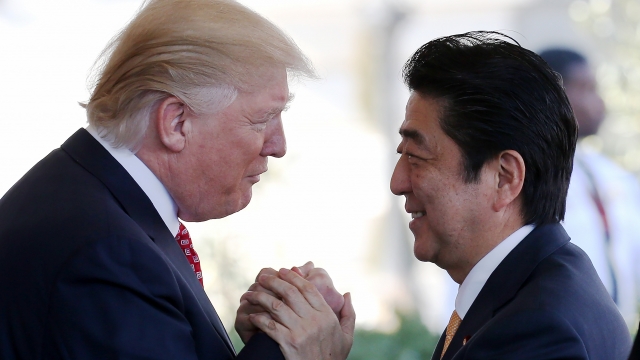 Japan is lending a hand to the U.S. Navy as it tries to pressure North Korea.

The Japanese navy is sending its largest warship, the Izumo, to escort a U.S. supply ship heading toward the Korean Peninsula. That U.S. ship is refueling a fleet in the area.

The Izumo is only protecting the American ship within Japanese waters, but it's still a big break from tradition for the nation's military.

Since the end of WWII, Japan has only been able to act in self-defense. This is the first military movement under a new Japanese law that allows its ships to come to the defense of an ally that's protecting Japan.

American ships were sent to the Korean Peninsula to act as a deterrent. But the North launched another failed ballistic missile test on Saturday –– its fourth since March.