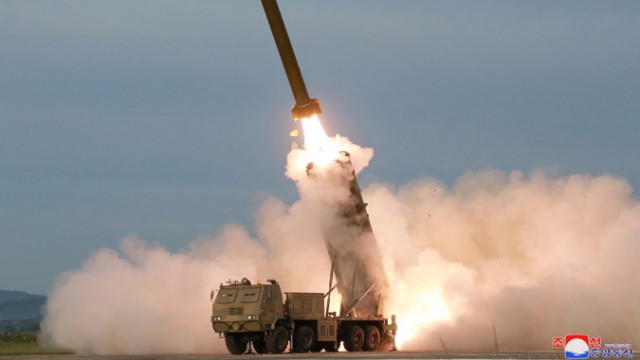 Speaking about the latest short-range missiles launched by Pyongyang over the weekend, Japan's defense minister told reporters that they were a new model. He added that North Korea might also be trying to improve the accuracy of its missiles.

In light of what it sees as threats from North Korea, Japan is working to boost its ballistic missile defenses. By 2021, the country plans to have eight warships that are armed with an interceptor system designed to destroy incoming missiles. Additionally, it plans to purchase similar ground-based systems.

But Reuters points out that those interceptor systems work best against projectiles flying along a predictable path. So if North Korea were to vary its missiles, Japan could have a harder time intercepting them.