Japan May Dump Toxic Water From Fukushima Into The Ocean 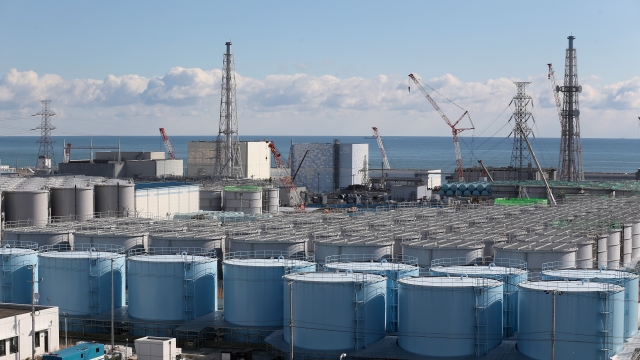 Contaminated water from Japan's Fukushima nuclear plant may be dumped in the Pacific Ocean.

Japan's environmental minister said in a press conference Tuesday, "The only option will be to drain it into the sea and dilute it."

Disaster struck the plant back in 2011. An earthquake and tsunami caused meltdowns at three reactors at the Fukushima Dai-ichi nuclear power plant. Water, used to keep fuel reactor cores from melting, leaked and mixed with rain and groundwater.

As Newsy previously reported, the contaminated water is being stored in 1,000 large tanks, holding more than 1 million tons of water. But even with plans to build additional holding tanks, room is expected to run out by mid-2022.

The decision to dump the water into the sea isn't official yet. Japan's government could discuss the option after reviewing a report from a panel of experts.

Some critics argue the option would ruin Fukushima's fishing and agriculture industries, though 22 countries and regions still have import restrictions for goods coming from the area around Fukushima.

A number of nuclear scientists say releasing the water into the ocean is the only realistic and scientific option.

But a senior nuclear specialist with Greenpeace Germany told Reuters, "the only environmentally acceptable option" is long term storage of the toxic water.