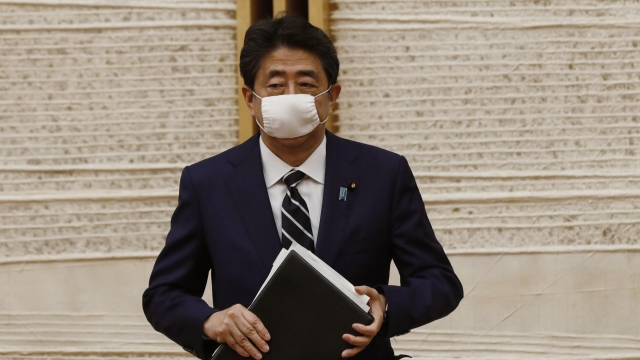 Japan's prime minister rescinded the remaining part of his coronavirus state of emergency order Monday when he lifted it in Tokyo and four other prefectures.

Prime Minister Abe Shinzo previously placed all of the country under that emergency order back in mid-April.

The state of emergency did not lock down the country. Instead, it authorized governors in prefectures to urge people to practice social distancing or even stay home.

Public transit continued to run, and banks and supermarkets still operated. But governors were able to ask schools and non-essential businesses to temporarily shut down.

The state of emergency was originally set to end on May 31, but Abe began lifting it for certain prefectures earlier this month. He said the country's rate of infection had slowed down enough to warrant the move.

The country's economic revitalization minister is still urging residents to stay in their home prefectures through at least the end of May.