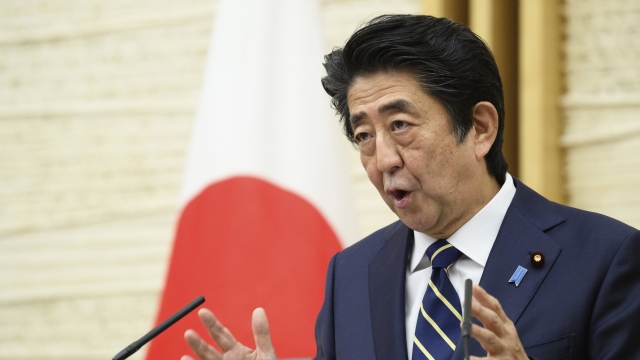 Prime Minister Abe Shinzo lifted the state of emergency in 39 of Japan's 47 prefectures ahead of its planned expiration at the end of the month.

Japan has lifted its nationwide coronavirus state of emergency in most of the country.

During a press conference on Thursday, Prime Minister Abe Shinzo announced he's lifted restrictions in 39 of Japan's 47 prefectures. However, the order will still remain in effect in more densely-populated parts of the country, including Tokyo and Osaka.

The state of emergency was originally set to end on May 31, but Abe said the country's rate of infection had slowed down enough to warrant the move. He added that he "would like to lift the state of emergency for the other regions as well" before the end of the month, as long as the number of new daily cases continues to drop. But he still warned residents to remain vigilant and continue practicing safety measures, including wearing masks and avoiding large public gatherings.

According to Johns Hopkins University, the country has more than 16,000 confirmed coronavirus cases and nearly 700 related deaths so far.