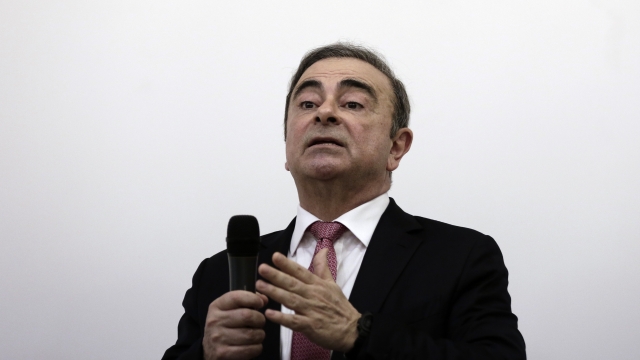 It's still not clear if Lebanon will extradite Carlos Ghosn to stand trial for alleged financial misconduct, as Japan has requested.

Japan and Lebanon have reportedly "agreed to cooperate with each other" in the criminal proceedings against former Nissan Chairman Carlos Ghosn.

Following a meeting with the Lebanese government Monday, Japan's deputy justice minister told reporters that an agreement had been reached, but he did not elaborate on whether it addressed Ghosn's extradition.

Ghosn was arrested in November 2018 for allegedly underreporting his income by more than $44 million over a five-year period. Japanese authorities have since charged him with multiple counts of financial misconduct. In December 2019, while he was awaiting trial, Ghosn fled from Japan to Lebanon.

Ghosn is of Lebanese descent and grew up in Beirut. He has repeatedly denied any wrongdoing.

Lebanon does not have an extradition agreement with Japan. According to ABC News, Lebanese prosecutors issued a travel ban for Ghosn in January.