Japan Has A New Emperor For First Time In Decades 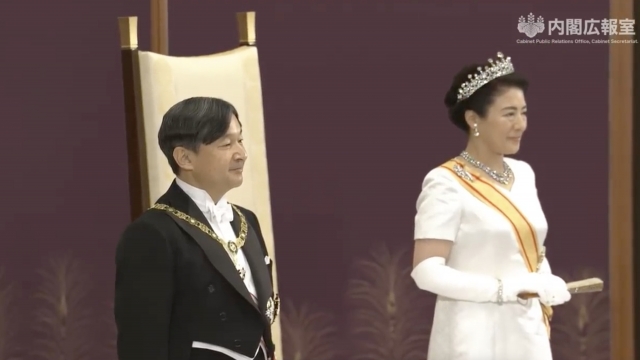 Japan has a new emperor for the first time in decades.

Emperor Naruhito officially took over the throne Wednesday after his father, now Emperor Emeritus Akihito, formally abdicated Tuesday. He was the first Japanese monarch to step down in centuries.

At the abdication ceremony Tuesday, Akihito said he considers himself "most fortunate" to have been able to complete the duties of emperor with a "deep sense of trust and respect for the people." He also wished that his son's era be "a stable and fruitful one."

Naruhito gave his first speech to the government after his ascension. He told lawmakers that he will "act according to the Constitution and fulfill [his] responsibility as the symbol of the state and of the unity of the people of Japan."

President Donald Trump will be the first foreign leader to meet with Japan's new emperor on a scheduled trip May 25.