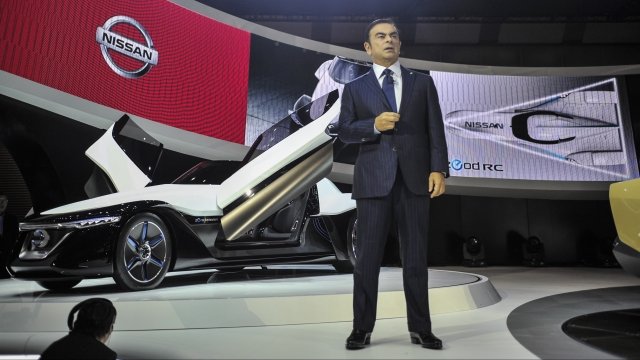 By Katie Cammarata
December 23, 2018
Nissan's former chief has been in detention for five weeks on a separate set of charges.
SHOW TRANSCRIPT

Embattled former Nissan Chairman Carlos Ghosn has been re-arrested and will be held in police custody for an additional 10 days without bail.

Nissan's former chief has been in detention for the last five weeks over allegations he underreported his income by more than $44 million over a five-year period. If he's convicted on those charges, Ghosn faces up to 10 years in prison and a fine of almost $89,000.

But on Friday, law enforcement re-arrested Ghosn on the suspicion that he used Nissan's money to cover $16.6 million he lost in personal investments back in 2008.

Prosecutors then asked that Ghosn be kept in police custody without bail, and on Sunday a Japanese court decided to keep him in detention through Jan. 1.

Ghosn has denied all the allegations.