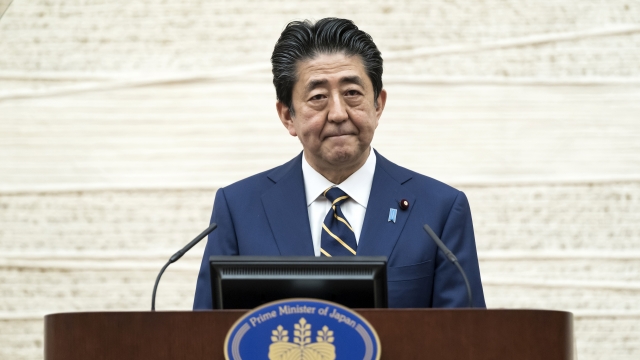 SMS
Japan Extends Coronavirus State Of Emergency Nationwide
By Katherine Biek
By Katherine Biek
April 16, 2020
When the order was first announced on April 7, it only applied to roughly 56 million people living in seven prefectures, including Tokyo and Osaka.
SHOW TRANSCRIPT

When the order was first announced on April 7, it only applied to roughly 56 million people living in seven prefectures, including Tokyo and Osaka. That's about half of Japan's total population.

The order will remain in effect until at least May 6. That means it'll be in place over the country's Golden Week holiday, which is usually one of the biggest travel and tourism periods of the year.

The state of emergency does not lock down the country. Instead, it authorizes governors in prefectures to urge people to practice social distancing or even stay home.

Public transit will continue to run and banks and supermarkets will still operate. But governors can ask schools and non-essential businesses to temporarily shut down.

Abe also said Thursday that he plans for the government to give a one-time cash payout of almost $1,000 to every citizen, regardless of how much they make.