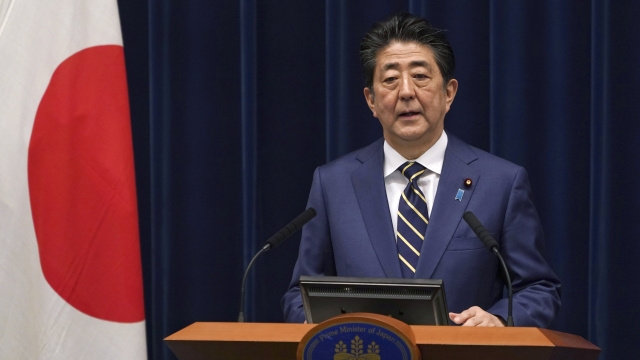 Almost 56 million people live in those seven prefectures, which include Tokyo and Osaka. That's about half of Japan's total population.

But those areas won't be locked down as part of Japan's fight against the spreading coronavirus. Instead, the state of emergency authorizes governors in the prefectures to urge people to practice social distancing or even stay home.

Public transit will continue to run and banks and supermarkets will still operate. But the governors can ask schools and non-essential businesses to temporarily shut down.

The prime minister called on residents to cooperate. But they won't be punished if they don't obey any requests made under the state of emergency.

The announcement came the same day Japan's government approved an economic stimulus package worth almost $1 trillion to soften the blow the pandemic has caused.

Additional reporting by Mari Yamaguchi of the Associated Press.