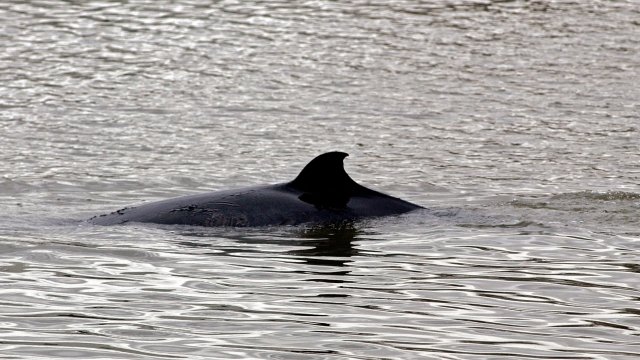 Several countries are speaking out against Japan's decision to restart commercial whaling.

Japan said it will withdraw from the International Whaling Commission, or IWC, and will start allowing whale hunting in nearby seas and its exclusive economic zones in July.

One U.K. official said he is "extremely disappointed" in the decision, adding in a statement, "The U.K. is strongly opposed to commercial whaling and will continue to fight for the protection and welfare of these majestic mammals."

One Swedish politician said Japan's decision is regrettable, and "More international cooperation - not less - is needed in order to #SaveOurOcean."

And environmental organization Greenpeace International called Japan "sneaky" in making the announcement at the end of the year and said, "The government of Japan must urgently act to conserve marine ecosystems."

The IWC suspended commercial whaling in 1986. Under the suspension, countries could still kill whales as long as it was for scientific purposes.

But Japan has argued whaling is part of its culture. The meat is considered a delicacy in the country, though reports from 2015 showed fewer people were eating it.

Despite the IWC moratorium on commercial whaling, Japan has still been hunting whales for what it calls "scientific research." The meat is then sold to help fund the program. But critics say the program is a cover for illegal poaching.