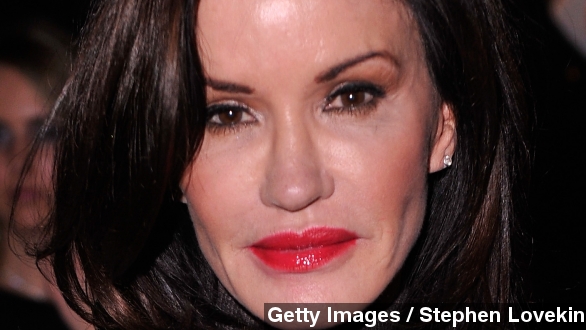 The 59-year-old supermodel said in an interview with Entertainment Tonight Tuesday Cosby assaulted her in 1982.

JANICE DICKINSON TO ENTERTAINMENT TONIGHT: "He had given me wine and a pill. I remember before I passed out that I had been sexually assaulted by this man."

Dickinson revealed she first met Cosby, who's now 77 years old, when her agent set up a meeting with him to discuss a role for her on "The Cosby Show." (Video via NBC / "The Cosby Show")

She said the next time they spoke was when he called her "out of the blue" while she was in rehab for drugs and alcohol. He contacted her once more after her stay and asked to meet in Lake Tahoe where he was performing.

She claimed during the interview she had tried to write about the alleged assault in her 2002 autobiography, "No Lifeguard on Duty: The Accidental Life of the World's First Supermodel." But Cosby and his lawyers reportedly pressured her to delete the details.

Dickinson is the latest to accuse Cosby of sexual assault.

Last week, Barbara Bowman detailed an alleged sexual assault by Cosby in an op-ed piece for The Washington Post.

And earlier this week, one of his former publicists, Joan Tarshis, said she was assaulted by Cosby twice in 1969.

Cosby's lawyer issued a statement denying the allegations Sunday. "Over the last several weeks, decade-old, discredited allegations against Mr. Cosby have resurfaced. The fact they are being repeated does not make them true."

Entertainment Tonight reportedly reached out to Cosby for a response to Dickinson's accusations, but the outlet didn't get a response.