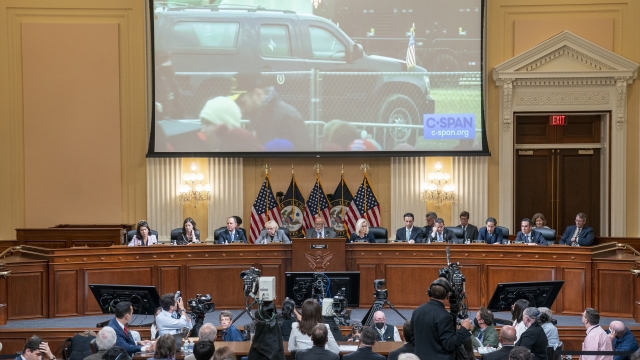 A push to finish the report comes as Trump's Twitter is restored. Old tweets re-populated, including those that became important to the investigation.

With six weeks left before the end of the year, the Jan. 6 Select Committee is racing to wrap up its investigation.

"It is almost Thanksgiving, and the Committee turns into a pumpkin the end of December," said Rep. Zoe Lofgren.

Republicans are set to take over the House majority next year, and three members of the Committee aren't returning for the next Congress.

With their remaining time, the members need to finish their final report. But they have to do so without hearing from former Vice President Mike Pence, who they hoped would voluntarily testify.

"It was disappointing with the former vice president, who like others before him, sadly said I can't share this information with the American people and Congress, but I could write a book about it. That's very disappointing," said Rep. Adam Schiff.

Trump has said in the past that he would not rejoin Twitter even if his account was reinstated.

They also won't hear from former President Donald Trump, who has defied a subpoena for documents and testimony. But pursuing a contempt of Congress charge might not be possible.

"We have very limited options, and even where we have held people in contempt, we're only batting 50% with the Justice Department and a willingness to enforce it," said Schiff.

The final report will instead rely on the hundreds of other interviews and thousands of pages of documents, all information that will be publicly released.

"We anticipate when our report is released, to release all of the evidence that we have assembled so the public can see it," said Lofgren.

"There have been a ton of Republicans coming in and talking about what the former president did and what he knew," said Rep. Adam Kinzinger."This is a bipartisan Committee doing bipartisan work. And I think frankly, history will judge this very well."

So far, there are no new tweets from the former president. However, he is continuing to post on his social media network Truth Social.