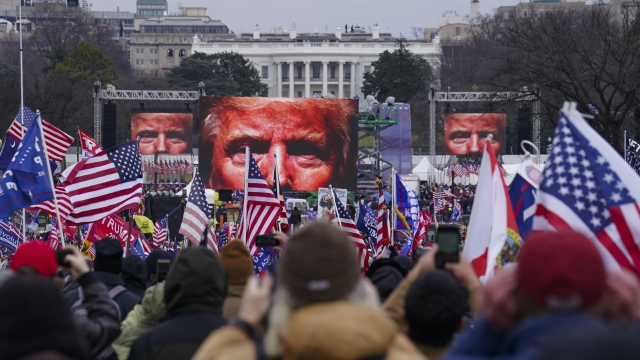 Thursday's primetime January 6th hearing will reportedly feature testimony from two Trump administration officials with inside knowledge of what went on in the White House during the attack on the Capitol.

Deputy National Security adviser Matthew Pottinger and Deputy Press Secretary Sarah Matthews are expected to appear as live witnesses, though the committee has not confirmed their participation.

Pottinger worked in the Trump White House for four years.

Matthews spent time as a press aide for Trump's 2020 campaign before joining the White House team in June 2020.

Parts of their recorded interviews have been included in previous hearings.

"When Kayleigh gave us that order of don’t say anything to the media, I told her I thought the president needed to tweet something," Matthews said.

"One of my staff brought me a printout of a tweet by the president. And the tweet said something to the effect that Mike Pence, the vice president, didn't have the courage to do what should've been done," said Pottinger.

Both witnesses are expected to talk more about that Trump tweet on Thursday night. And Pottinger was also reportedly involved in discussions about the National Guard responding to the Capitol, which is something we could learn more about tonight.

Both Pottinger and Matthews quit their jobs in the wake of the Jan. 6 attack on the Capitol.

Thursday's hearing will be the 8th and final in the series, though the committee could hold more as their investigation continues.