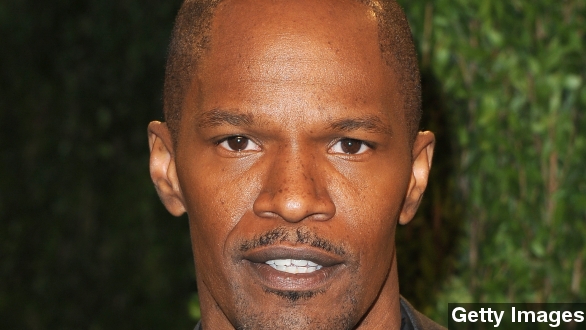 By Briana Koeneman
July 31, 2014
As we anxiously await for more details about Jamie Foxx's upcoming role in Mike Tyson's biopic, we're taking a look back at the best-ever biopics.
SHOW TRANSCRIPT

After years of speculation, Jamie Foxx is officially on board to play boxing legend Mike Tyson in an upcoming biopic. (Via Getty Images)

Variety was one of the first to confirm Foxx's role in the unnamed film, which will reportedly be penned by "Wolf of Wall Street" writer Terence Winter and produced by Foxx's manager, Rick Yorn.

The confidence in Foxx undoubtedly comes from his last stab at a biopic role: playing Ray Charles in "Ray." This role could mean a second statue. (Via Universal Pictures / "Ray")

Bottom line: We're totally geeking out over here and were inspired to take a look back at some of our other favorite biopics about stars.

A given is 2005's "Walk the Line" — critics agreed Joaquin Phoenix and Reese Witherspoon made the movie as Johnny and June Carter Cash. (Via 20th Century Fox / "Walk the Line")

As a writer for CNN put it: "He just gets Cash, in ways great and small. When he steps up to the microphone and says, 'Hello, I'm Johnny Cash,' you believe him."

Many said the same of Denzel Washington's performance in 1992's "Malcolm X." (Via Getty Images)

During production, there were concerns Washington wouldn't be able to do justice to the role of the controversial human rights activist. (Via Warner Bros. Entertainment / "Malcolm X")

But he knocked it out of the park, receiving an NAACP Image Award and a New York Film Critics Circle Award for his performance. (Via Getty Images)

Another biopic that succeeded with help from its leading man — and in spite of the controversy surrounding — was "Milk," the story of gay rights activist Harvey Milk. Sean Penn has had his problems with the press ... (Via Universal Studios / "Milk")

​​But his impressive portrayal of Milk, who was infamously murdered in 1978, won him a best actor Oscar and many other prestigious awards. (Via Getty Images)

And, of course, Foxx himself in "Ray." (Via Getty Images)

His performance got rave reviews, with Roger Ebert writing, "Foxx so accurately reflects my own images and memories of Charles that I abandoned thoughts of how much 'like' Charles he was and just accepted him as Charles, and got on with the story."

So can Foxx do it again with the Mike Tyson biopic? No word on when the film is set to be released.