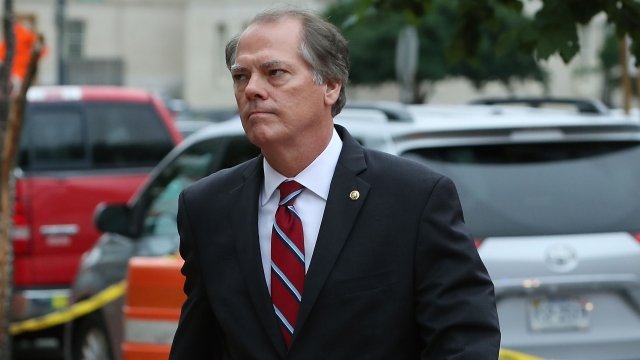 SMS
Former Senate Staffer Sentenced To Prison
By Audrey Esther
By Audrey Esther
December 20, 2018
The former security director of a Senate committee was ordered to serve two months in prison and pay a $7,500 fine for lying to the FBI.
SHOW TRANSCRIPT

A former Senate intelligence committee staffer is going to prison.

On Thursday, a judge sentenced James Wolfe to two months in prison for lying to the FBI about several media contacts. He was also fined $7,500.

In June, the Department of Justice indicted him for disclosing classified information to members of the press. According to the indictment, he lied to investigators about giving non-public information related to the committee to reporters. He was also accused of, and later admitted to, having a personal relationship with one of the reporters.

The judge ruled that Wolfe will be able to turn himself in to prison and recommended he serve his sentence at a minimum security facility in Maryland.