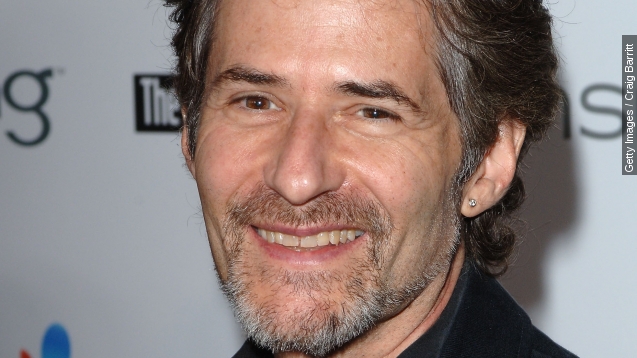 The 61-year-old, who is a trained pilot, was the only passenger on board.

Horner's death was confirmed by his assistant Sylvia Patrycja on her Facebook page:

"We have lost an amazing person with a huge heart and unbelievable talent. He died doing what he loved. Thank you for all your support and love and see you down the road."

The film composer created some of the most recognized soundtracks of all time – he co-wrote Celine Dion’s "My Heart Will Go On" for the 1997 movie "Titanic" with lyricist Will Jennings. The song became the best-selling movie soundtrack of all time.

Over the course of his career, he scored some of the most recognizable movies, like Mel Gibson's "Braveheart," James Cameron's "Avatar," Kevin Costner's "Field of Dreams" and Tom Hanks' "Apollo 13."

In an interview leading up to the release of "Avatar" with the Los Angeles Times in 2009, Horner discussed what he viewed as his role in film score composure: "My job — and it's something I discuss with Jim all the time — is to make sure at every turn of the film it's something the audience can feel with their heart."

According to IMDB, Horner has over 150 composing credits, most recently working on three upcoming films including this summer's "Southpaw," starring Jake Gyllenhaal, Rachel McAdams and Forest Whitaker.

Stars have been posting their condolences on social media since the news came out. Director Ron Howard said, "Brilliant Composer James Horner, friend & collaborator ... My heart aches for his loved ones."

Seth MacFarlane followed suit saying: "Incredibly saddened to hear about the loss of James Horner. I grew up loving his work. He leaves behind a spectacular musical legacy."

He is survived by his longtime partner, Sarah Horner.

This video includes images and videos from Getty Images.