James Holmes Says He Will Not Testify 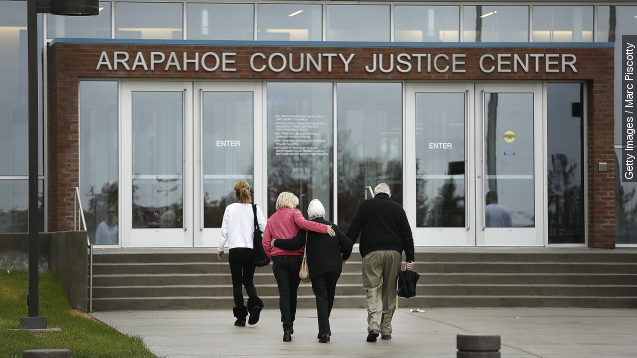 As his trial nears completion, accused theater shooter James Holmes says he will not take the stand in his own defense.

“Have you made a decision as to whether or not you will testify?” asked Judge Carlos Samour.

“And what is your decision?” asked Samour.

“I choose not to testify,” Holmes said. (Video via KMGH)

These are Holmes’ first words in open court since the trial began on April 27.

In 46 days of proceedings, jurors have heard hours of firsthand and expert witness testimony and reviewed some 22 hours of Holmes’ videotaped interviews with psychiatrists, but Holmes has never spoken to the jury. (Video via NBC)

Prosecutors say Holmes killed 12 and injured a further 70 people during a shooting at an Aurora, Colorado movie theater in 2012.

According to CNN, while Holmes has admitted to the shootings, he has pleaded not guilty by reason of insanity.

That is the official stance of defense lawyers in the case, as well. If Holmes will not testify, the defense is expected to rest its case on Friday. Prosecutors have called for the death penalty. (Video via KMGH)

Closing arguments in the trial are expected to start early next week.