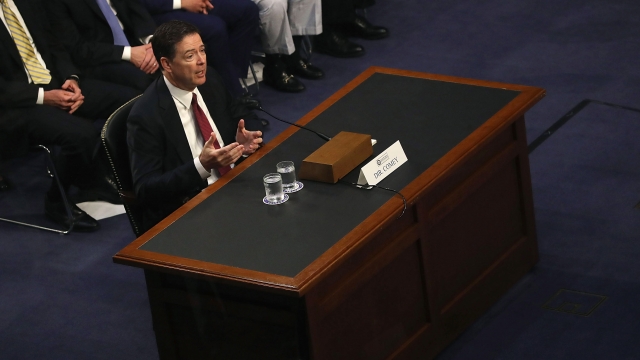 "Was the Russian activity in the 2016 election a one-off proposition, or is this part of a long-term strategy? Will they be back?" Sen. Angus King asked.

"Oh, it's a long-term practice of theirs," Comey responded. "It stepped up a notch in a significant way in '16. They'll be back."

Senators on the intelligence committee asked former FBI Director James Comey a lot of questions about his conversations with President Donald Trump, but they didn't skip over the main focus of the hearing.

And each time he had the opportunity, Comey emphasized why this special counsel investigation into Russian meddling is important.

"We're talking about a foreign government that, using technical intrusion and lots of other methods, tried to shape the way we think, we vote, we act," Comey said. "That is a big deal."