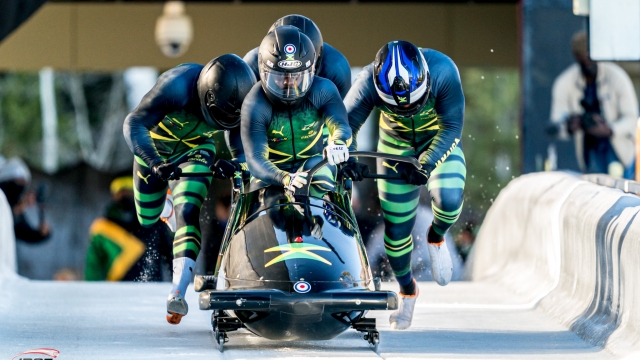 SMS
Jamaican Bobsled Teams Head To The Olympics For First Time In 24 Years
By Meg Hilling
By Meg Hilling
February 2, 2022
Jamaica qualified a team for the four-man bobsled event for the first time since the 1998 Nagano Winter Olympics in Japan.

Jamaica's four-man bobsled team will be competing in this year's Winter Olympics for the first time in 24 years.

Like the country's 1988 team that inspired the film "Cool Runnings," this team had to overcome extraordinary odds to make it to the Games during the pandemic. It's forced them to get creative in their approach to training.

"I had to create a home gym in my garden," bobsled pilot Shanwayne Stephens said. "Pushing a car up and down the street to get a sort of distance training done." 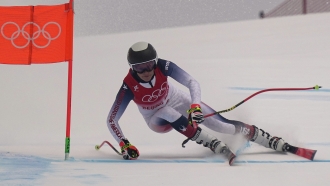 The men aren't the only bobsledders who will be representing Team Jamaica at the Olympics. Veteran Jazmine Fenlator-Victorian will also be racing in the inaugural women's monobob competition.

"I'm really excited to compete among the world's best," she said. "I think there is a lot of advantages for people that might be the dark horse — and I include myself in that — to really raise the bar and have a performance that's unexpected."

The island team is preparing to take on bobsled powerhouses like Switzerland and Germany. While the team says it has looked to the older generation for wisdom — and even the movie for some techniques — they want the world to see them as more than just the new "Cool Runnings" team.