Brazil Has A New President 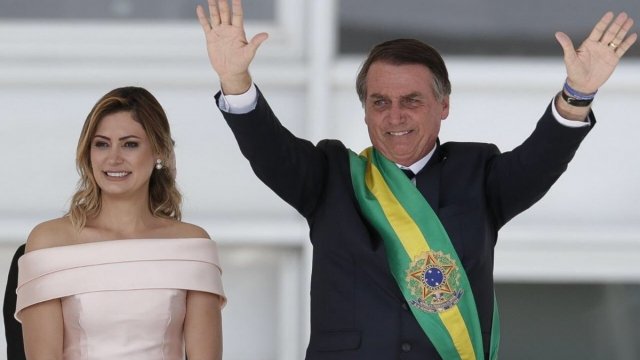 After being sworn in on Tuesday, Bolsonaro promised to create a "society without discrimination or division." He also said he would free the country from corruption and crime.

The former army captain won the country's election back in October. Bolsonaro has stacked his cabinet with military leaders, some of whom have little to no political experience. Some Brazilians have even feared he could bring military rule back to the country.

He has also faced criticism for controversial comments he's made in the past about homosexuality, black people and women.

U.S. President Donald Trump congratulated Bolsonaro on Twitter, saying "the USA is with you!" The Brazilian president responded pledging that they would bring "prosperity and progress to our peoples."